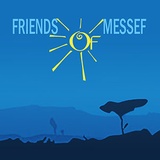 "Don't be lulled into a false sense of security" 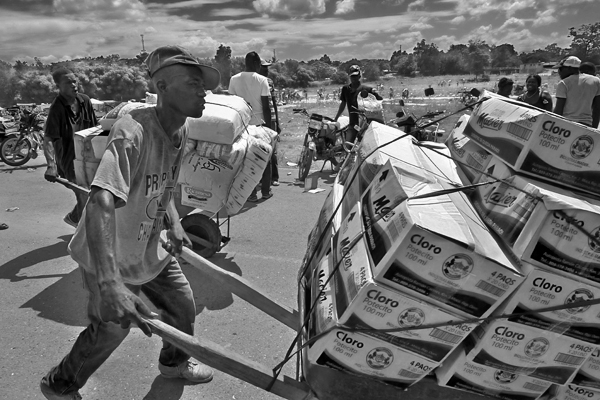 “Don’t be lulled into a false sense of security” is my learning of the week.  I was delighted to leave home at 4.15 a.m., as planned, to take a much needed food delivery to Messef.  Pastor Quirico, Danilo, Cecilio, Jurgen (our great photographer) and a neighbor from Cabarete were already on board when I squeezed into the truck.  It was a bit of a struggle to add the extra items I had been given by generous Friends as we never go empty, but we managed.  We made a quick passenger swap at Puerto Plata with our neighbor leaving to catch a bus to Santiago and René Anderson joining us.  During the course of the seven or eight hours before we arrived at Messef, I learned that René was the person who originally knew Pastor Altesse in the Dominican Republic and introduced Pastor Quirico and several others to him.  He has been involved with Messef since before it was up and running, so another important piece of the jigsaw fell into place.  One thing he said which really touched my heart was that Pastor Altesse might not be the best Administrator in the world, but there is no question that he has given his life to the children.  Isn't that the truth!

You may ask what happened during the lost hours….without border issues we could make it to Messef in less than four hours, even fully laden.  There were problems with the papers at the frontier so we finally had to concede defeat after trying to win favour with the Haitian consul et al, and transfer the supplies to another vehicle and cross the river bridge on foot to comply with the regulations.  Going against the flow of market day traffic with hundreds, if not thousands, of pedestrians, overloaded wheelbarrows and motor bikes coming at you from all angles requires nerves of steel and I didn’t take my eyes off Danilo for long.  No such things as lanes of traffic in the chaos.  The fearless Jurgen, never missing an opportunity for a good photo, was still taking photos in the scrum and you can see the stunning results here.

When we finally arrived at Messef we noticed some new faces and missed a few old familiar ones. Some of the older residents have left and new children have been taken in and there are 55 living at Messef now. We also were pleased to see some new staff and the positive results of some new blood and enthusiasm.  Dany Noel, a qualified teacher, now has overall care of the children and we could see an improvement in the discipline and their behavior. It wasn't too bad before but there seems to be more structure in their lives.  A new couple has joined, Kindlie and Joseph,and they seem very warm and caring. Kindlie is expecting her first child in around 5 months.  There are also two new teachers and carers, one for the boys and one for the girls, who also appear to be a good addition to the team.

Despite the overcrowded and stifling conditions and the appalling state of some of the mattresses, the dormitories were more homely than I have seen them before, with attempts made to make them more welcoming and attractive.  Now that we see the motivation, we will take pictures and little touches to brighten up the cement walls.  Mattresses and bedding are desperately needed.  21 boys are sleeping in eight single beds, with some of the smallest five to a bed.  Five older girls have moved into the previous visitors’ room, barely big enough for three, but they are happy to have a little more privacy etc.

The chickens are looking good and the excess males have provided a few special meals. Three lucky ones survive to live another day.  There are around 27 hens now, laying quite well.  Production depends on whether the food supplies run out before we make the next food run but they are holding their own.  Thanks to Shauna Quinn, we have some of the monthly food covered.  We plan to extend the pen adjoining the chicken coop next time we go to give the birds more room to roam and peck around.

(See photos of all these aspects here; if you run the slide show you will see the title at the top and a short commentary on the top right hand side.)

We were stunned to learn that there are 500 children enrolled for the next school year. I’m not sure where they are going to put them all but, fortunately, that is not my responsibility!

Thank you to all of you who helped to make this trip a success.  The children enjoyed a special treat of homemade yoghurt (to celebrate Canadian Thanksgiving), funded by Glenda Weaver who “could not enjoy her own Thanksgiving without thinking of the children”.  A lovely touch of 100 novelty bread mice were brought along by Jurgen Warschun.  We were a few down after encountering hungry souls at the frontier but there were still plenty to go around. Corey Hildebrand sent a super supply of fresh fruit and school supplies. A huge thank you to Bernadette who pretty much covered the food run, so any funds donated later on in the crisis appeal last month can be carried forward for next month, getting us off to a good start.  Thank you to everyone who responded to that call for help and those of you who are now making a monthly contribution…you know who you are and we are so grateful for you!

Finally, thanks to Pastor Quirico, Danilo and Cecilio.  Those guys really are the hands and feet of our Lord on this earth.  I so admire their stamina, good humour, perserverance and love in this mission.